That same year, the Dutch Society of Emergency Physicians (DSEP) was founded. The year 1999 can therefore be seen as a starting point for the new style of emergency medicine in the Netherlands.

Other links in the emergency medicine chain were already forming and developing during that time. Although the emergency medicine departments were becoming more complex, the training of specialized medical staff in these departments was being overlooked. At this time, physicians with little or no experience staffed Dutch EDs. There was no professional training or nationwide standard of care. Meanwhile, physicians, managers and politicians started to realise that through reorganising the provision of acute medical care, its delivery in the ED could be improved.

Over the last 15 years, EM in the Netherlands has developed from scratch to an independent area of expertise. The professional association DSEP does unite all EPs and EM residents in the Netherlands and gives emergency medicine a public voice. It has taken responsibility for monitoring and improving the form and quality of training of EPs in the Netherlands. It is taking the lead in bridging the gap between the current Dutch training programme and international training standards. The DSEP participates actively in international umbrella organisations, such as the European Society for Emergency Medicine and the International Federation for Emergency Medicine. Representatives from the DSEP also sit on several national committees concerned with emergency medicine. Today 192 residents are being trained in 28 hospitals with a training program for emergency medicine. Over 300 EPs work in 83 out of 93 Dutch EDs and ten EDs have realized already 24/7/365 coverage with EP-staff. Nowadays, there are more and more Dutch EDs with an emergency physician as the medical manager and the same applies for the Emergency Medical Services. Most training programs have appointed an EP as training director.

Over the coming years, the DSEP and its members face new challenges. Quality of care, patient safety, cost reduction and accessibility are the main driving forces for regionalisation of healthcare in general, and therefore emergency care as an integral part of this process. Continuity of care delivered by specialty physicians. Improving and streamline EM residency programmes. Development of academic emergency medicine. Since 1999, much has been achieved, providing a solid foundation and a good starting point for these future challenges.

Since 2007 the conference committee has organized the annual Dutch North Sea Emergency Medicine Conference (DEMC). We welcome a different range of speakers from The Netherlands and abroad to speak about all aspects of Emergency Medicine during major plenary and small-scale parallel sessions and workshops. The conference will be preceded by a day of pre-courses on various subjects.

In 2014 this committee organized the European Emergency Medicine Congress, Eusem 2014, at the Westergasfabriek in Amsterdam.

In 2017 we organized the tenth edition and the IFEM Symposium about Crwoding in the emergency department.

We are looking forward tot 2023 when we are the hosting country and organization of the International Conference of Emergency Medicine, ICEM 2023. 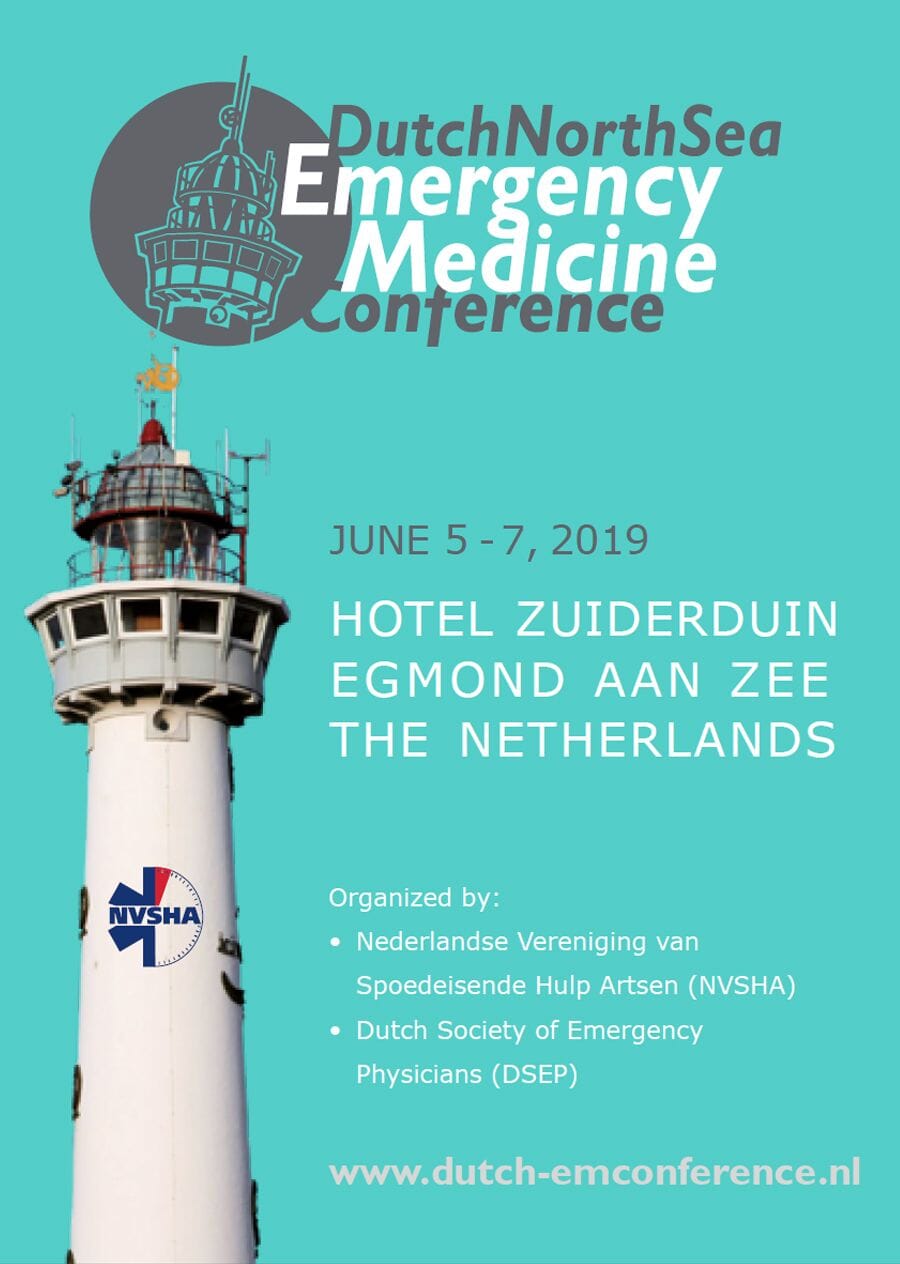 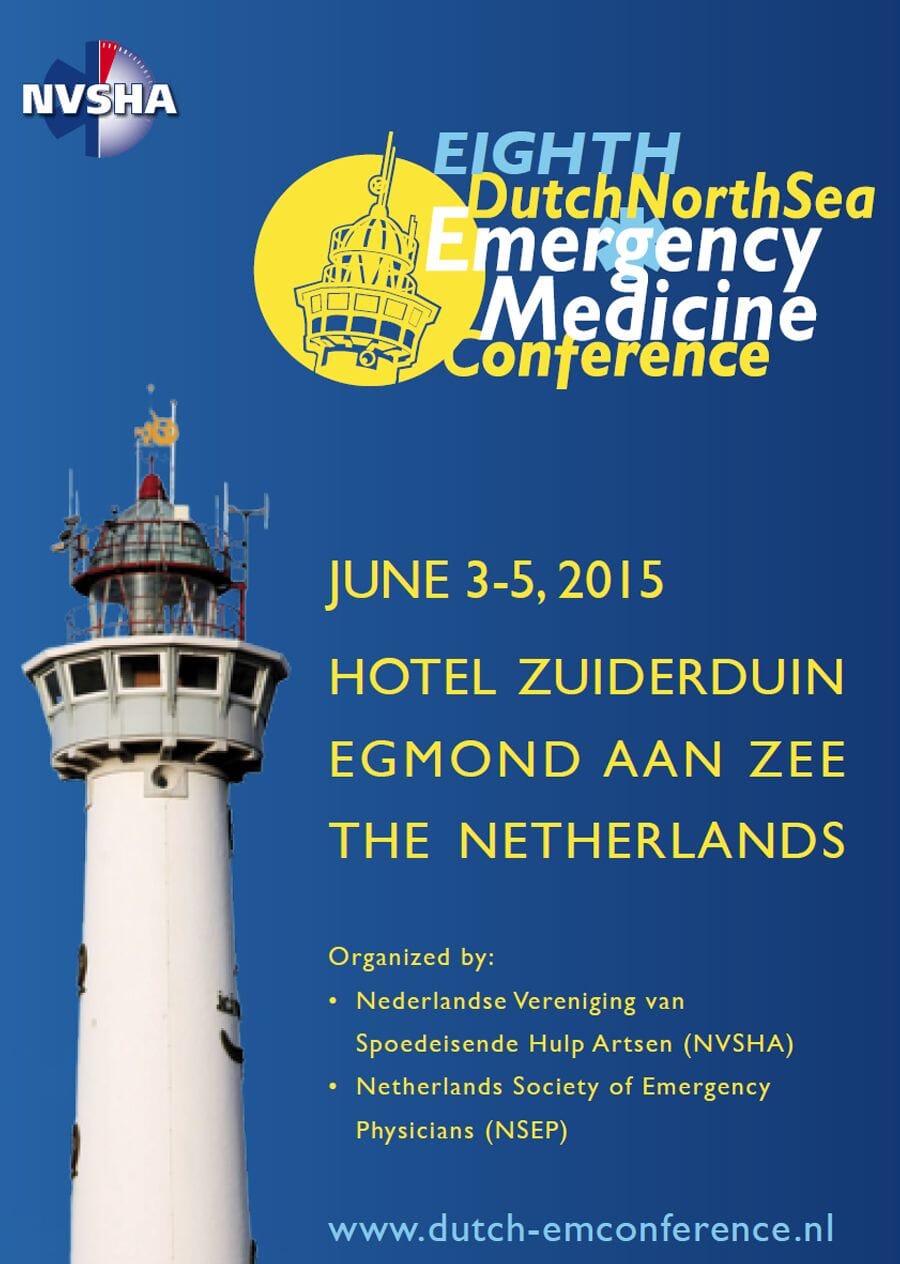 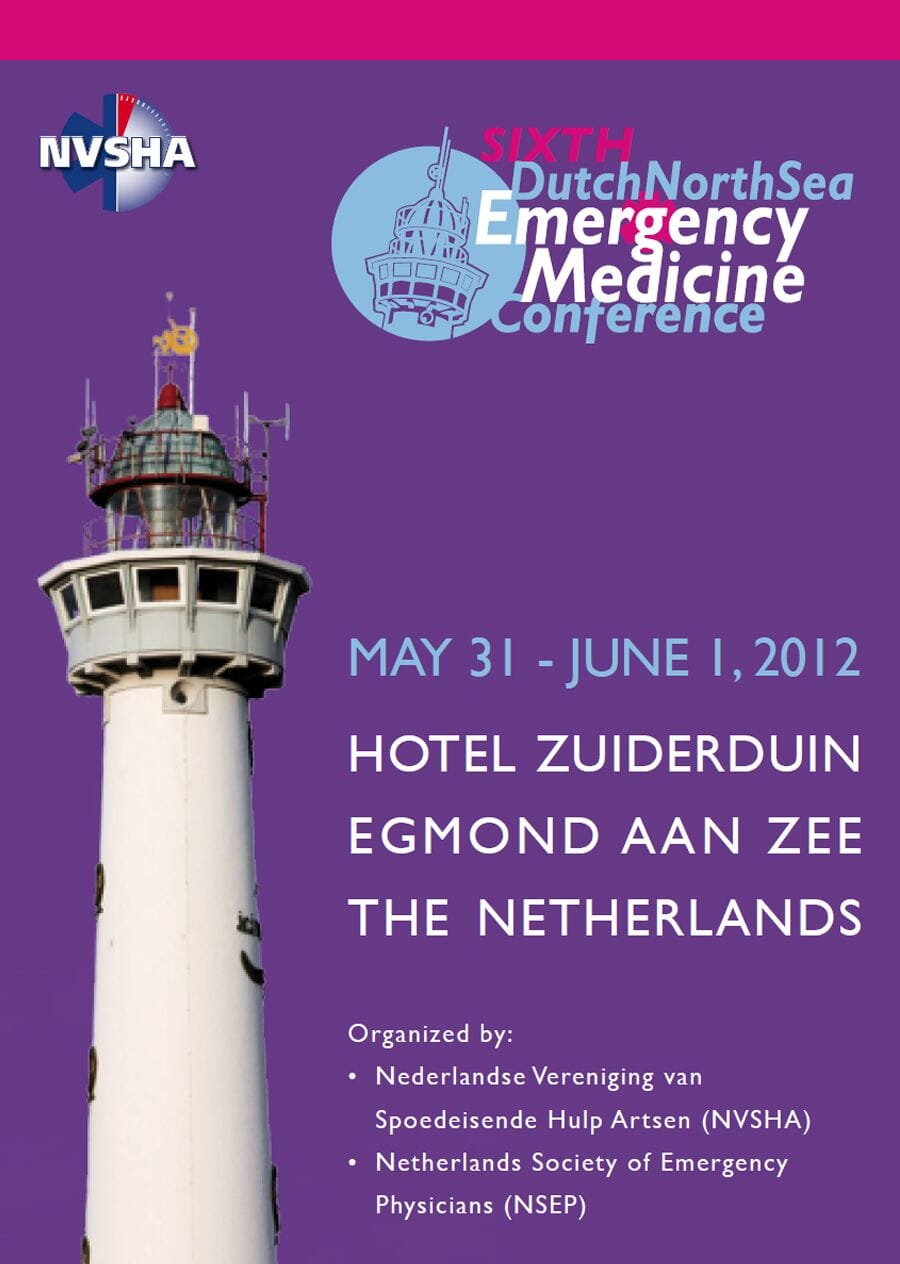 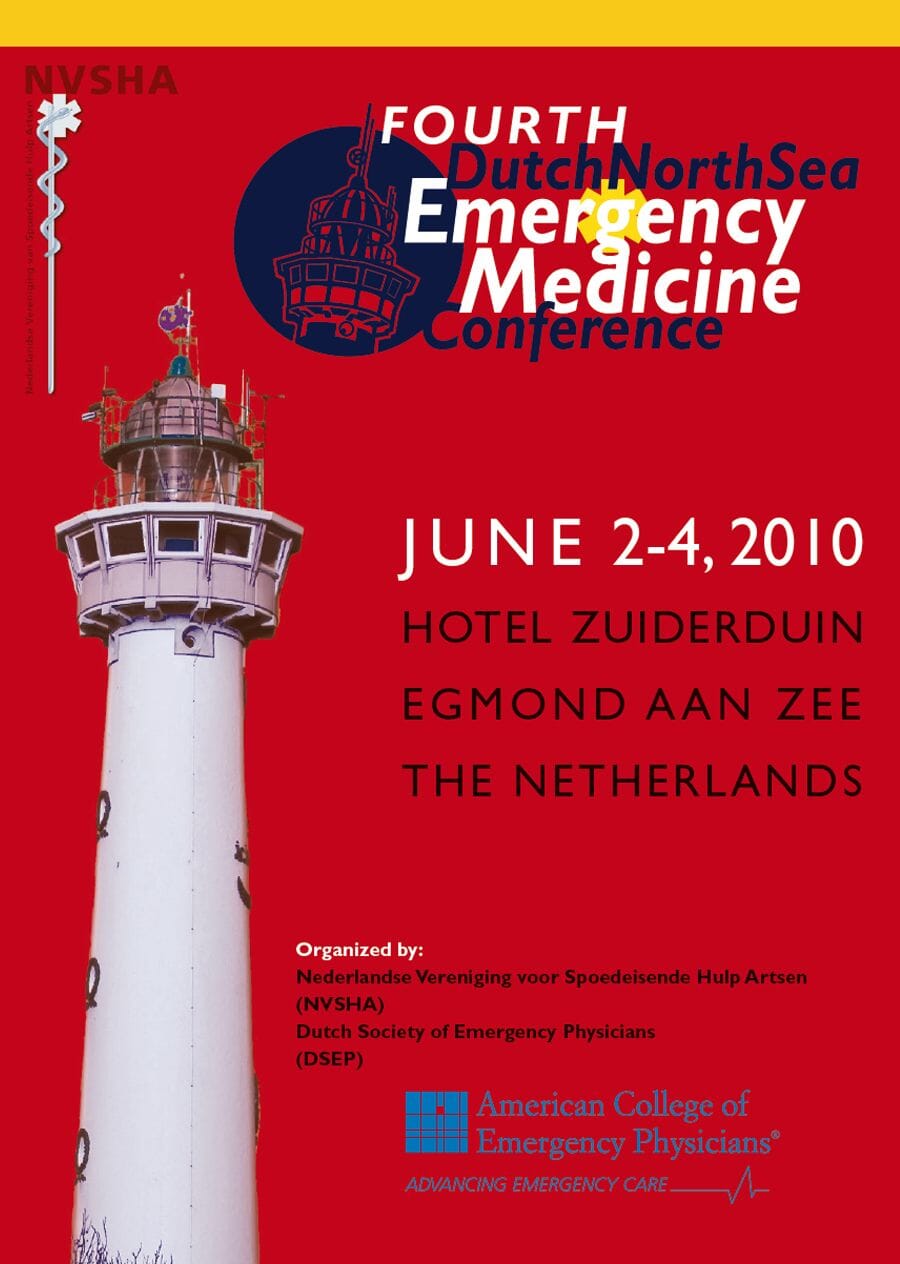 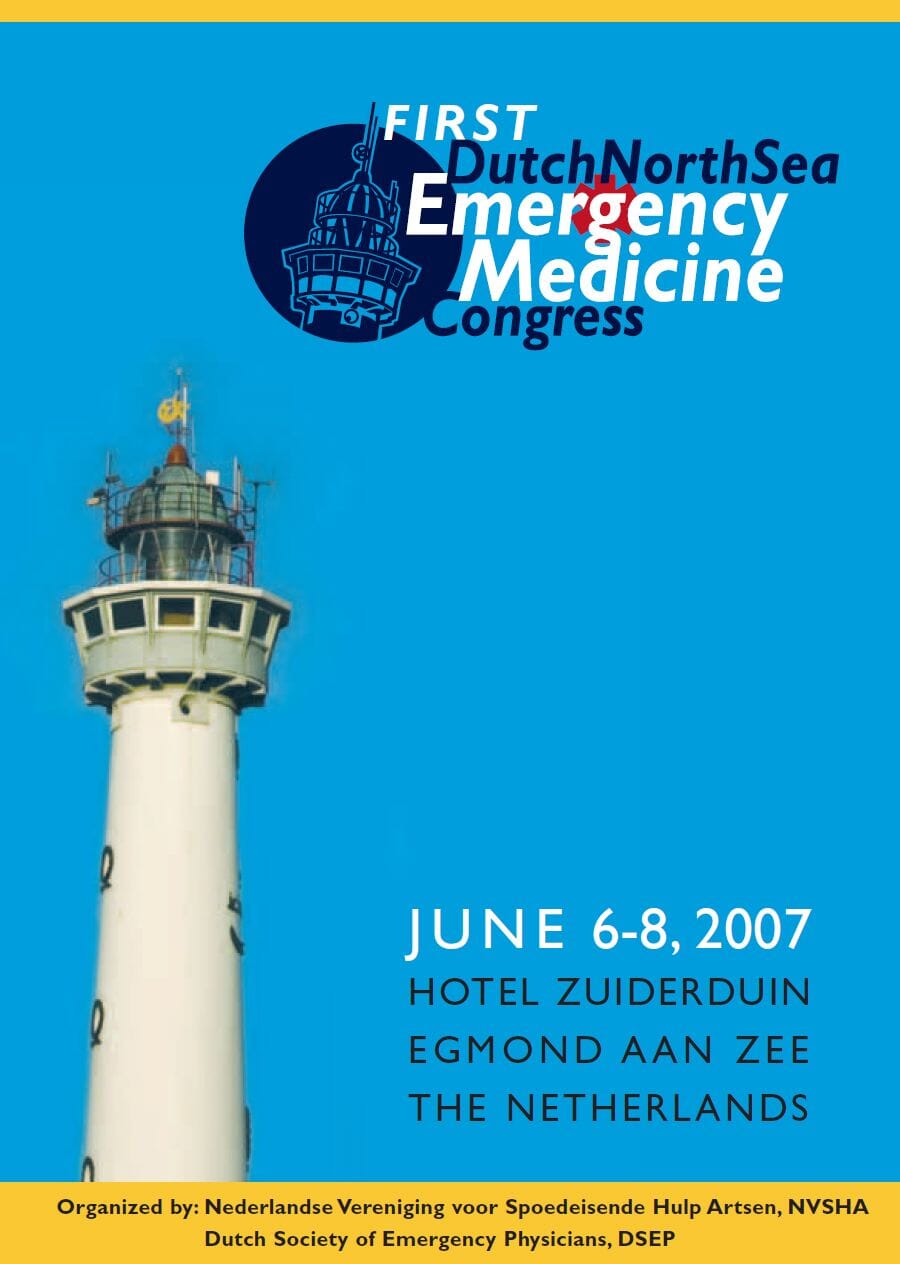 Schrijf u in voor de nieuwsbrief

We look forward to welcoming you!